#1 Proven way How to get cocaine out of hair

" Cocaine- pretty much daily use 1-2 grams. Quit now. Failed first test using aloe rid old style and zydot. Failed miserably. 70,000ng/l or something to that effect.    I cannot fail again!  "
starting at 40.00
" Hello, I wanted to inform you that I tried the Macujo Method along with Aloe toxin rid and my exam came back positive. I now want to try your product "
PERSON WITH 7+ grams of coke use
USING ALOE SCAMPOO AND OR METHODS TO DEAL WITH COKE
" I got my results back after doing the Mac method which didn’t seem to work.  I had 909 pg so 409 over the 500pg cutoff level.  I’m the only one who saw the test,  it I definitely cannot fail the next one which will go to the court.

you can not WASH cocaine out and as many macujo or mac method , jerry g method , mayonnaise and motor oil method  ..( ok i made that up,  but  no more a METHOD than the others  )  users have found out the hard way,  these methods are just nonsense to sell you some aloe rid scampoo.
As they tell you if you have real use you need to do the method. Needing  Methods of random crap shows the shampoo doesnt do anything   and the methods are only their to sell you a shampoo !

what kind of a circle jerk is this ? 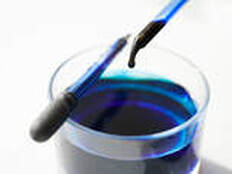 Their is a REASON we tell people we don't want them using hair razor if they damaged your hair with bleach. Over bleaching damages the SHIT out of your hair and yes THEY WILL KNOW    . The collector sees dry fried fake colored hair and notates form for lab. They stain the sample with  Methylene Blue dye, they can SEE THE DAMAGE from bleach under scope .

so  if you go crazy and listen to the the fools  online and go bleach and redye then bleach and redye  ( what the hell is that anyway ?)
Then you will destroy the hair structure and  THIS IS THE RESULTS I HEAR ABOUT

person consulted for cocaine use that used  mac method w/ bleach.   we told them cant help you your going to fail for damaged hair ...We were right

" Well my test results came back...( NO HAIR RAZOR )
"The sample submitted could not be tested due to severe cosmetic damage" 😁 I'm pretty sure that was from bleaching alone as I had only done the other method 2 maybe 3x in the days leading up to the test. ( talking about mac method junk which really DOES NOT HELP )   "

Every drug is destroyed or degraded and metabolized differently . On the low side Hair Razor breaks down or metabolizes Meth at only 1 treatment  per gram /month , THC at 2 Treatments per gram / month . On the higher side is Cocaine which is 12 treatments per gram / month .
Primarily because unlike most that are tested for a certain drug and 1  metabolite cocaine is  3  cocaine (COC),  (BE)         Benzoylecgonine as a hydrolysis product of cocaine is present in various concentrations  cocaine and, in addition to that, is slowly formed from cocaine within the hair samples or during sample preparation,   (NCOC) Norcocaine is a minor natural concomitant in coca leaves ) but is formed mainly by treatment with Potassium permanganate during illicit cocaine manufacturing and (CE)  Cocaethylene arises from transesterification of cocaine in  ethanol   . COC is the most abundant analyte, followed by BE (5–50% COC concentration), CE (<20% COC) and NCOC (<10% COC) .

This is also the order in which they degrade.  As Hair Razor Detox drops the COC levels the BE levels go up slightly before dropping then CE levels go up a bit then they drop until you get the last under threshold .  You must get the COC and the BE GONE to be negative.

Benzoylecgonine can be derived from Cocaine by non-enzymatic hydrolysis under basic conditions and cannot be concluse  to be used  as a bio marker for COC use because it is derived by hydrolysis in the environment, which means that the presence of BE in the hair is due to COC degradation  and this is seen as you first begin hair razor treatments. The COC levels drop and BE goes up a bit, then  when COC levels are mostly gone then BE levels drop .

You must Degrade   . Their is no SHAMPOO washing  this out. it is a mater of METABOLIZATION not washing things out.  ANY SHAMPOO CLAIMING TO WORK ON COCAINE IS      LYING   .

We have been seeing labs from self test with two extra metabolite added for cocaine recently,  m,o, and p hyroxycocaine.
Dare i say because of us?

​Cocaine is much different than other drugs. The Incorporation rate or its ability to penetrate and bond to the hair is 4000 times higher than THC.   MOST low THC  users dont need anything yet panic buy some aloe rid shampoo  then tell people it worked when they did nothing and needed nothing. THC is NOT cocaine and is a different level of treatment .
Migration

It travels in the sweat and will show up in a hair test in just hours and continues to deposit for  days from a single use. It can also migrate in your hair,  as in you use it and via sweat or any moisture , it travels from base thru hair to look like you have been using longer than you have .

sample of consultation comment
"  Cocaine 3 grams  i will have over 90 days when i take 90 day test. I am worried because i flunked with 100 days sober last time   please i need to pass this time."

Many ask about hair color or race being harder to treat or if black hair has higher levels  THIS IS A MYTH  in fact BE levels tend to be higher in blond hair .
This is what hair razor can do  without damage
Now Realize this was a MAJOR USE of 1 gram a day !!!

You are amazing
After 104 treatments ..they took forever to test but they were indeed negative

Before and after lab Results using Hair Razor

THIS WILL SHOW YOU HOW WE GATHER INFORMATION AND ASSES TREATMENT AND ACHIEVE NEGATIVE RESULTS
ORIGINAL CONSULTATION      JAN 15    ( note the new additional 3 metabolites being seen -   m,o,and p hyroxycocaine )

The results came back from the initial hair test prior to using the product.
sent in with consultation of average 1.5 g /month cocaine       ( so thats average 15oopg,    plus little more from bleed over from previous month .  so looking at 2000pg range and 25 treatments average
PRE TREATMENT HAIR DRUG TEST RESULTS

THESE LEVELS SEEMED A LITTLE MUCH FOR USE HE CLAIMED ( 1.5 grams  ) SO I SUGGESTED HE DO SINGLE SET   AND RETEST FROM DIFFERENT LAB TO GET A CLEAR IDEA OF SITUATION,  I pretty sure allot of this is from external contamination which produce  unusually high levels however are much easier to breakdown than internal contamination
This was taken after completing  25 treatments Hair Razor Detox .
Cocaine level from just one set of hair razor down from 26,598pg to 564pg

" I will complete 10 + by official test and send results  "
This is FINAL after doing ten more    Treatments
I passed!! You are the best. Please use my review to let others know this product actually works. My final result attached was using the hair confirm, but I also passed the Psychemedics test that the company made me do for pre-employment. My hair did get a bit lighter than before I started, but who cares if it helps you pass the test! Used about 1.5g C per month, stopped on 1/1/2020 and did 35 washes to get the negative on hair confirm on 2/3. Did the additional  when I found out it was psychemedics just to be sure. This product is literally a life saver, thank you so much.

This chart will help you to determine whether the donor is a low, medium or high user
by comparing the quantity found in the hair with the quantities listed below.